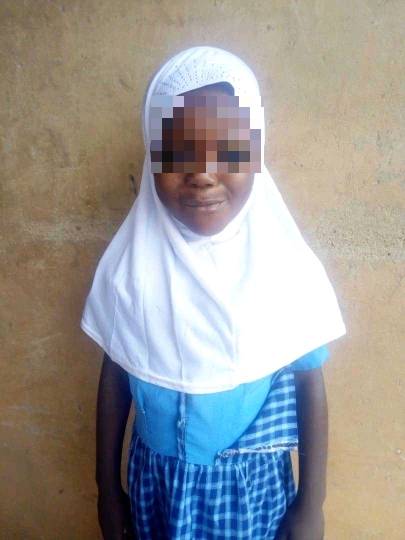 Hello, my name is Muhsina S and I am 5 years old

My mother passed away in her sleep five years ago.
While my father, Alhaji Muhydeen S was involved in a ghastly motor accident on the 9th of September, 2020 and was in coma for a period of one week.
During this period he was on assisted breathing using oxygen at a private hospital in Abeokuta and later at Federal Medical center, Abeokuta.
He was later referred to the University College Hospital, UCH, ibadan, and was admitted to the Intensive care unit, ICU, of the hospital. He didn’t recover from the unconsciousness state but rather breathed his last after two days at the facility.

My birthday is in May

I've waited 31 days for a sponsor

Sponsor Me FIND ANOTHER CHILDS

“On behalf of the 100 Muslims beneficiaries of the RAFEEQEE FOUNDATION INC. Free Food Donation (Covid-19 Relief). We say a big thank you to all bodies of the organization”
–Rasheed Olawale Kareem, Cordinator (Aiyepe Ijebu)

We put a strong emphasis on education and successful outcomes because this will uplift not only the child you will come to know and love, but society as a whole. Your investment with Rafeeqee foundation for Orphans and elderly in need means that your support will Improve orphans and elderly daily lives by safe-guarding them against illness; providing them with educational opportunities; and by giving them access to education, proper nutrition, water, and sanitation services.

Give orphan a caring Mother

Giving mothers and babies a healthy start in life.

Building the foundation for success.

Graduate them to Success

Learning today for a better tomorrow.

Establish them with great career

Building skills for a brighter future.

Child sponsorship is a way of giving that connects one compassionate person (like you!) with one child in need. Sponsoring a child gives her the chance to grow up healthy, educated and safe – forever changing the course of her life and future. And you just might find that it changes you, too.

You'll receive a welcome kit, with a photo and other info about your sponsored child, including how to start.

You'll get to know your child and soon experience the true joy of helping transform a child's life and future. We'll keep you updated on progress, too.

When you sponsor a child, Rafeeqee foundation assign your orphan and elderly with a caseworker to manage and help you monitor your orphan well being and success.

Do you have questions for us?