It is an indisputable fact that every parent wants their children to be successful and be the best but so many of of us fail to recognize that each child, even a twin brother exists individual differences and hence we found that our society filled with toxic parents–grandparents, family members, teachers and neighbors who habitually compare a child to siblings or other children they know.

Individual differences are found in all psychological characteristics physical mental abilities, knowledge, habit, personality and character traits.” There is great divine wisdom in that, and it is indicative of Allah’s great power and failure to admit this fact result to some parents fallen into comparison trap.

These are some of the negative expression’s we parents used to instigate the spirit of competition/comparison between our children and others. Some parents believe that it’s a means to improve their child’s growth and development but a key to sadness and destroyer of joy within and outside the family and consequently many parents run the risk of losing sight of what makes their child special and unique.

Rather than set realistic benchmarks to track our child’s progress, growth and development and supporting them if the need arises, we raise our expectations so high that we become ungrateful and make destructive criticism towards our children, which might lead to ingratitude to Allaah and forgetting His bounty favors upon us. Remember the verse of the Noble Qur’aan that says:
“… and be grateful to Allaah, if it is Him you worship.”
(Surah al-Baqarah 2:172).
He [Allaah ‘azza wajall] says:

“And if you would count the favors of Allaah, never could you be able to count them. Truly, Allah is Oft Forgiving, Most Merciful” [16:18]

Some parents chose to favor one child they feel is doing well to spite the other. This favoritism only sows’ seeds of jealousy, resentment, and hatred among their children. This action negates the teachings of the prophet as the Prophet (Sallal-Allaahu Alayhi wa Sallam) said: 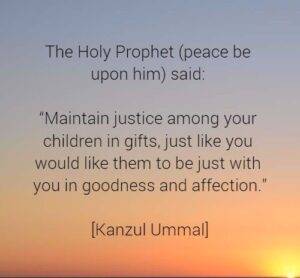 In another narration, It was narrated that al-Nu‘maan ibn Basheer (may Allaah be pleased with him) said: My father took me to the Messenger of Allaah (peace and blessings of Allaah be upon him) and said:

Comparing your child to other children will surely cause a grievous effect on the child in question and specifically between such children and their parents and between others in general.
Some of the negative consequences or effects of child comparison are as follows:

Due to negative results that evolve from child comparison, it is expected of parents to realize that as much as they are not a perfect being, they should not think that other children are perfect and thereby expecting a perfect child.. They should control the way they compare their children; correct rather criticize destructively and remember that the Prophet (peace be upon him) said:

For these reasons, parents should:

“The merciful will be shown mercy by the Most Merciful. Be merciful to those on the earth and the One in the heavens will have mercy upon you.” Source: Sunan al-Tirmidhī 1924 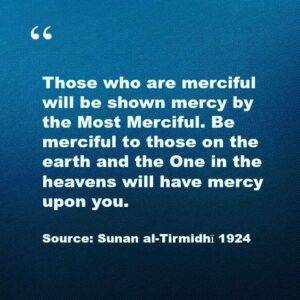 May Allaah increase Our Children In Knowledge; direct their affairs and Make Them The Coolness Of Our Eyes. Aameen.