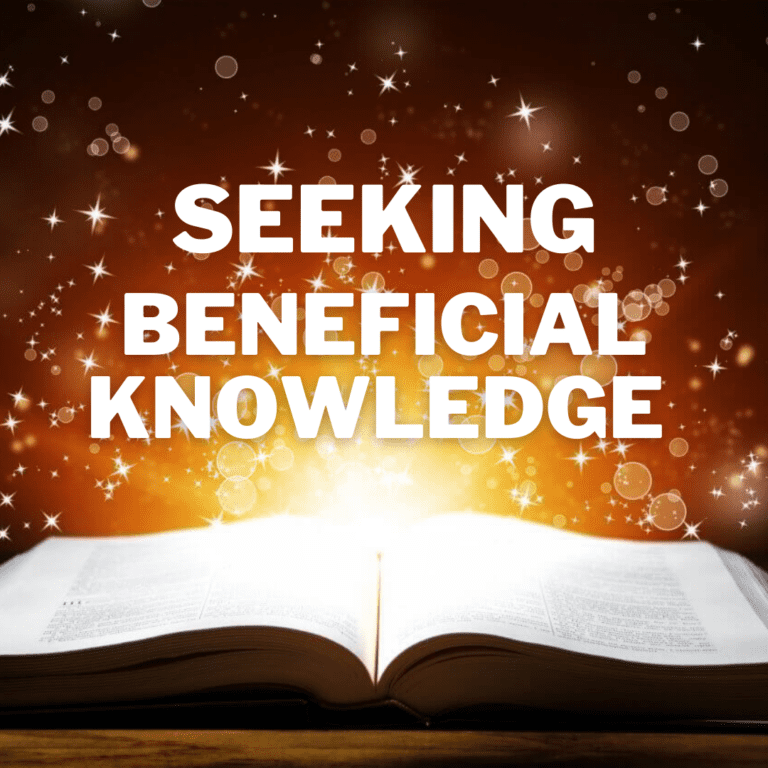 Knowledge also known as “Ilm” in arabic is facts, information and skills acquired through experience or education. It could also be an awareness or familiarity gained by experience of a situation. We humans by default are creatures who are curious and yearn to know more. It could be about our environment, the people, our deen as well as seeking knowledge about things that are beyond our understanding. We also seek knowledge about the means of earning a daily living.

What is Benficial Knowledge? This is a fact, information or skill that you acquire that adds value to you positively, influences you to make right choices and improves your deen to make you a better Muslim.

It was narrated that Anas bin Mâlik said: The Messenger of Allah said “Seeking knowledge is a duty upon every Muslim” (SunanIbn e Majah, Book of Sunnah, Hadith no 224, Classified as SahihByAllamaAlbani)

From the above hadith, we can recognize the obligation of seeking knowledge as a Muslim. Knowledge is the basis of our religion, wisdom is insufficient. Without it, we can’t be a muslim accurately.

Almighty Allah says in the Holy Qur’an: Read in the name of your Lord Who created. He created man from a clot. Read and your Lord is Most Honorable, Who taught (to write) with the pen. Taught man what he knew not.(Surah Al Alaq 96:1-5) 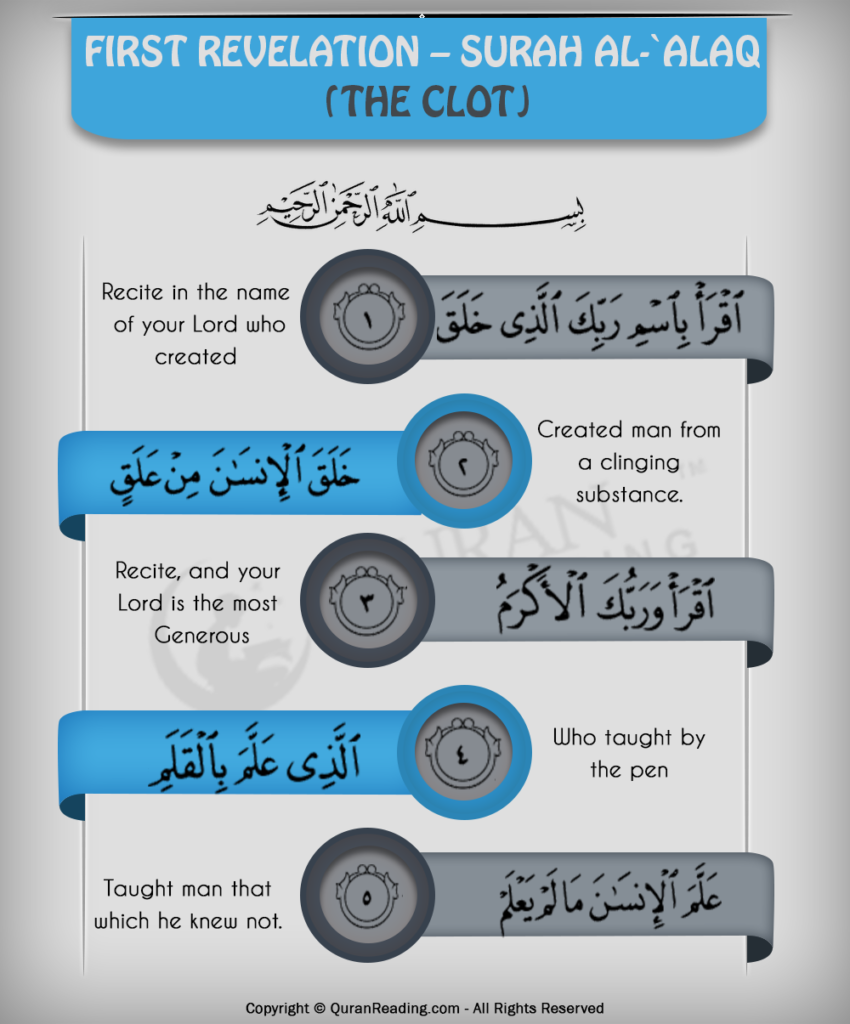 We must endeavor to seek knowledge that will benefit us in our purpose in this world. Abu Hurairah (May Allah be pleased with him) reported:

The Messenger of Allah said, “The world, with all that it contains, is accursed except for the remembrance of Allah that which pleases Allah; and the religious schools and seekers of knowledge.”(At- Tirmidhi, Riyad as-Salihin Book 13, Hadith 9)

Seeking knowledge and impacting others with it and they utilize or apply it is a great sadaqatul jariyah for us as muslims in this world and the hereafter.

Abu Huraira reported: The Messenger of Allah, peace and blessings be upon him, said, “Verily, among the good deeds that will join a believer after his death are these: knowledge which he taught and spread, a righteous child he leaves behind, a copy of the Quran he leaves for inheritance, a mosque he has built, a house he built for travelers, a well he has dug, and charity distributed from his wealth while he was alive and well. These deeds will join him after his death.”(SunanIbnMājah 242) 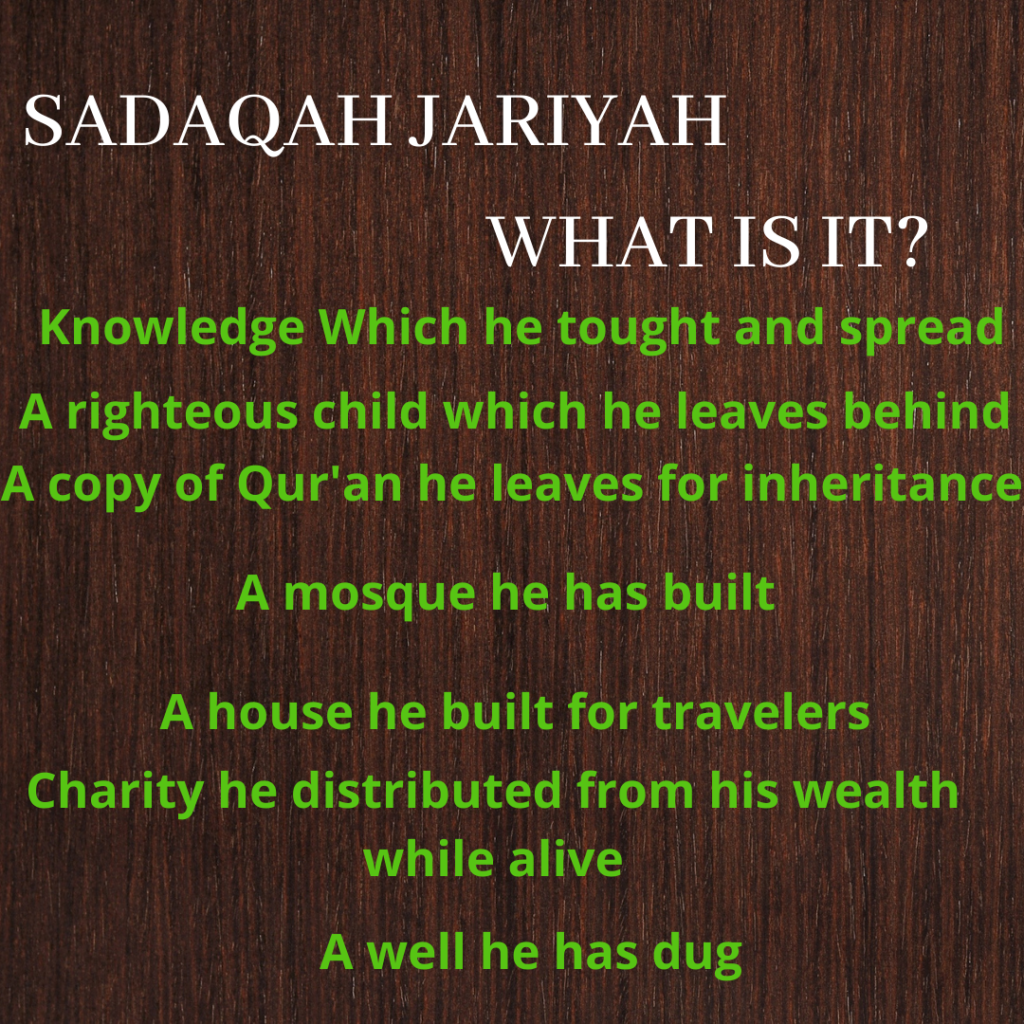 It was narrated from Umm Salamah that when the Prophet (ﷺ) performed the Subhi(morning prayer), while he said the Salam, he would say: O Allah, I ask You for beneficial knowledge, goodly provision and acceptable deeds. (SunanIbnMajah: 925)

May Allah Grant us all Beneficial Knowledge